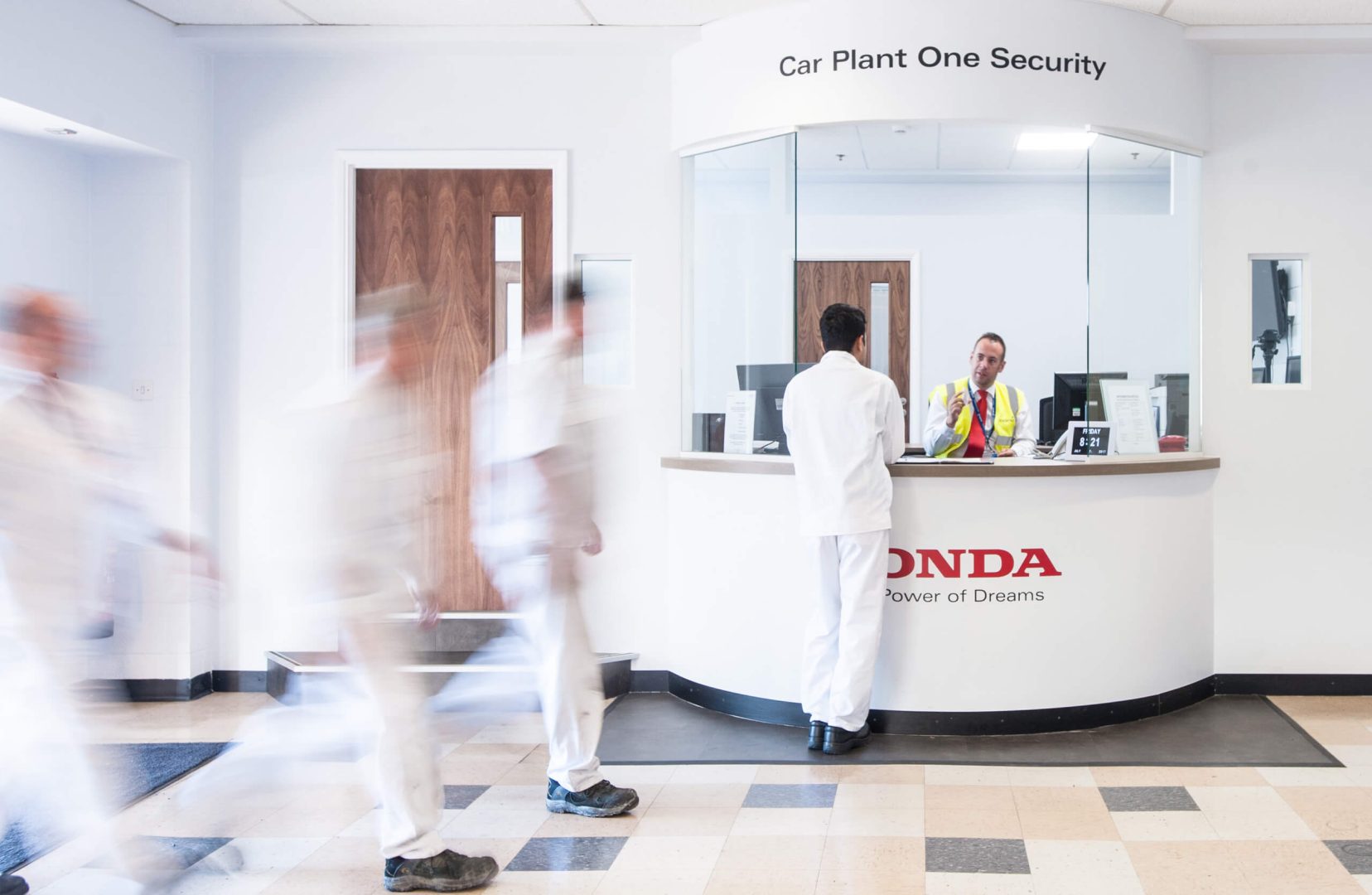 Honda of the UK Manufacturing

Honda UK Manufacturing, in Swindon – one of the largest car manufacturers in the UK – approached Cobus about refurbishing one of their security offices. As requested, we came up with several alternative designs to not only freshen and update the office, but to completely reconfigure it. By constructing a curved front with integrated reception desk, we created more space in the office and extended the receptionist’s position into the foyer. This design was inspired by the all-important transitional previous year (2016) for Honda, where they became the global production hub for the new Civic hatchback.

We broke up the existing office into 3 separate rooms, the larger one being used for the main operators and receptionist, and the 2 smaller rooms being a 24-hour CCTV monitoring station and kitchenette.

At the client’s request we stripped out the existing ceilings, walls, partitions, doors, blinds, FF&E and internal glazing. A new ceiling with updated aircon unit and LED lighting was installed, followed closely by new internal partitions and doors.

The masterpiece was the curved frontage for the reception desk, which was formed out of specialist flexible gypsum board and a beautiful curved 50mm thick counter top, with the surroundings being finished to a very high standard by our senior decorating team. Chemistry desking and storage from Senator was then installed on top of the newly laid Forbo Allura Flex “concrete-effect” flooring. Clipper Mesh Back Task Chairs and black Bisley A3 Multi-drawer units were then provided to turn it into a productive, state of the art and up-to-date 24-hour Security and Reception area. Frameless 10mm laminated glazed panels were used on the counter top to finish it off from the foyer and staff entrance.

We also installed a Solo Acoustic Moving wall from Creatif during the Honda factory shutdown at the beginning of June 2017. We did this to divide their main conference facility into two and still maintaining a maximum degree soundproof performance. With each panel having an integral electronic seal on both the top and bottom, the result was not only that of high quality, but fantastic to look at – both closed, partly opened and fully open.

Client: Honda of the UK Manufacturing 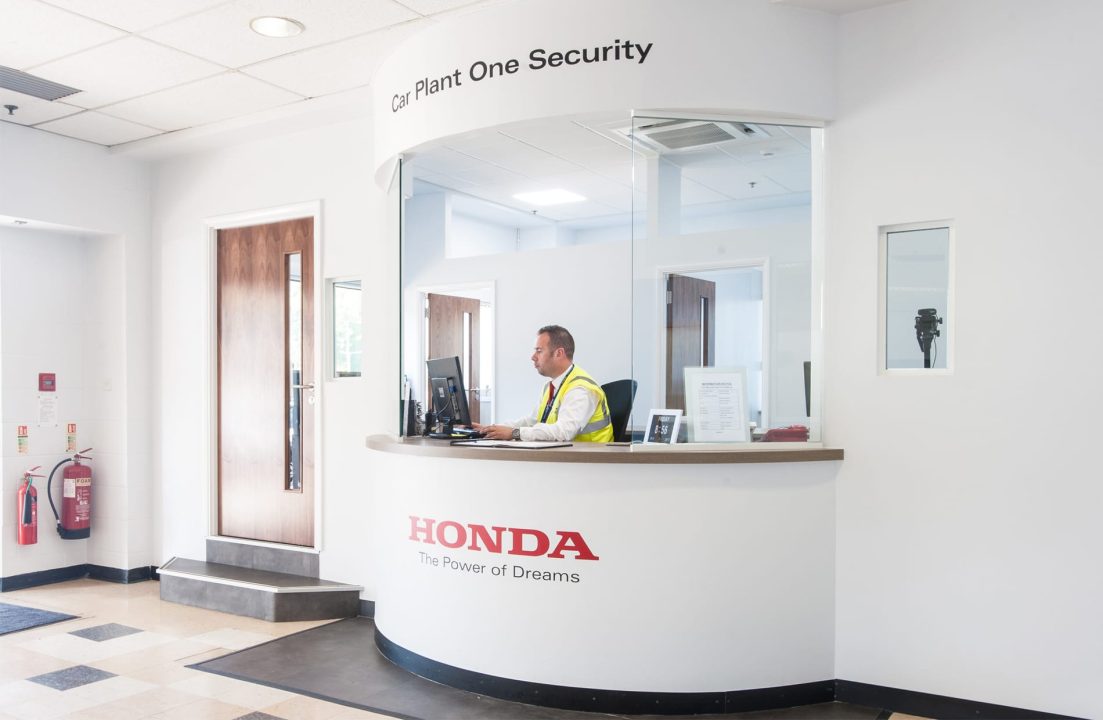 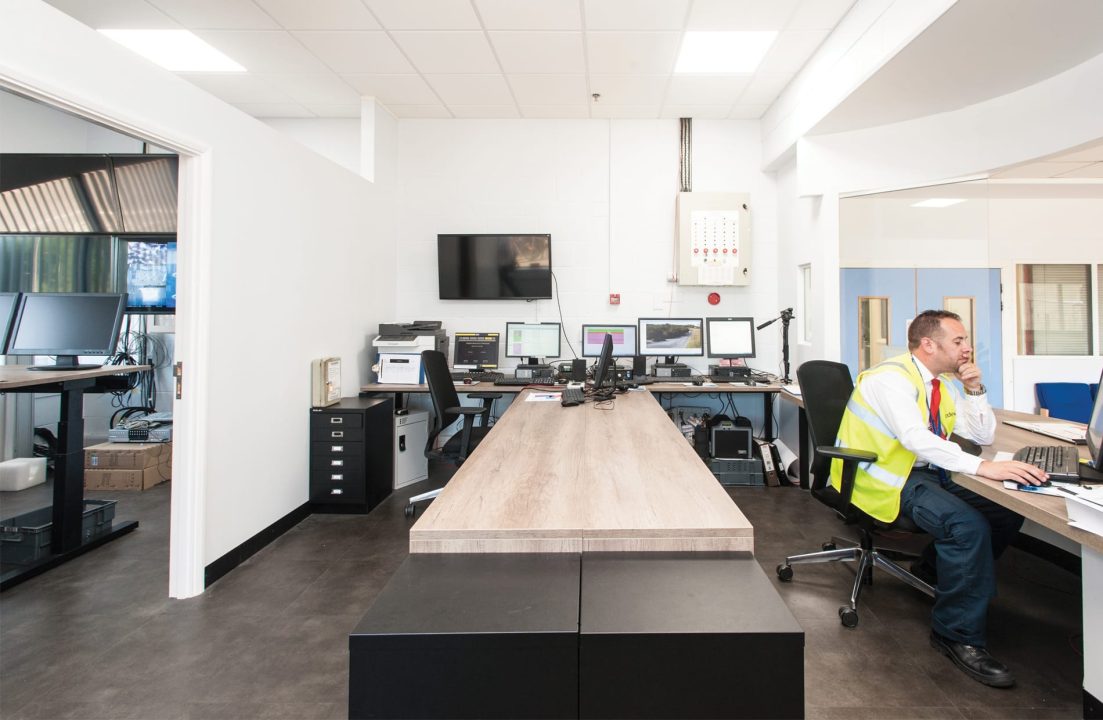 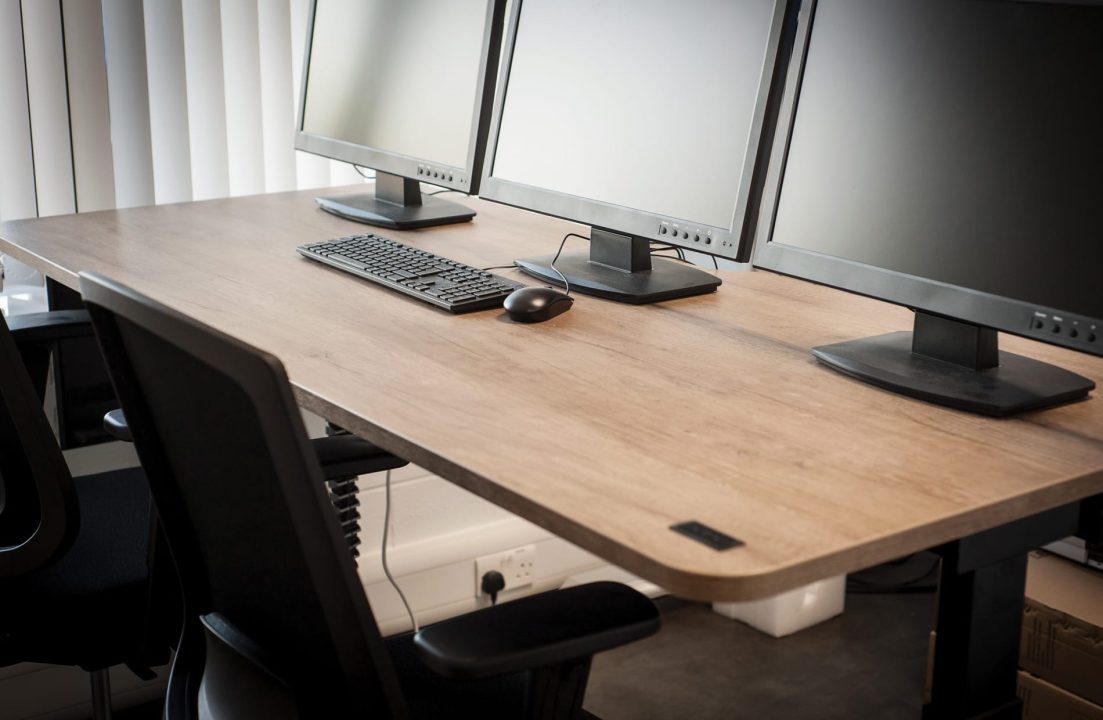 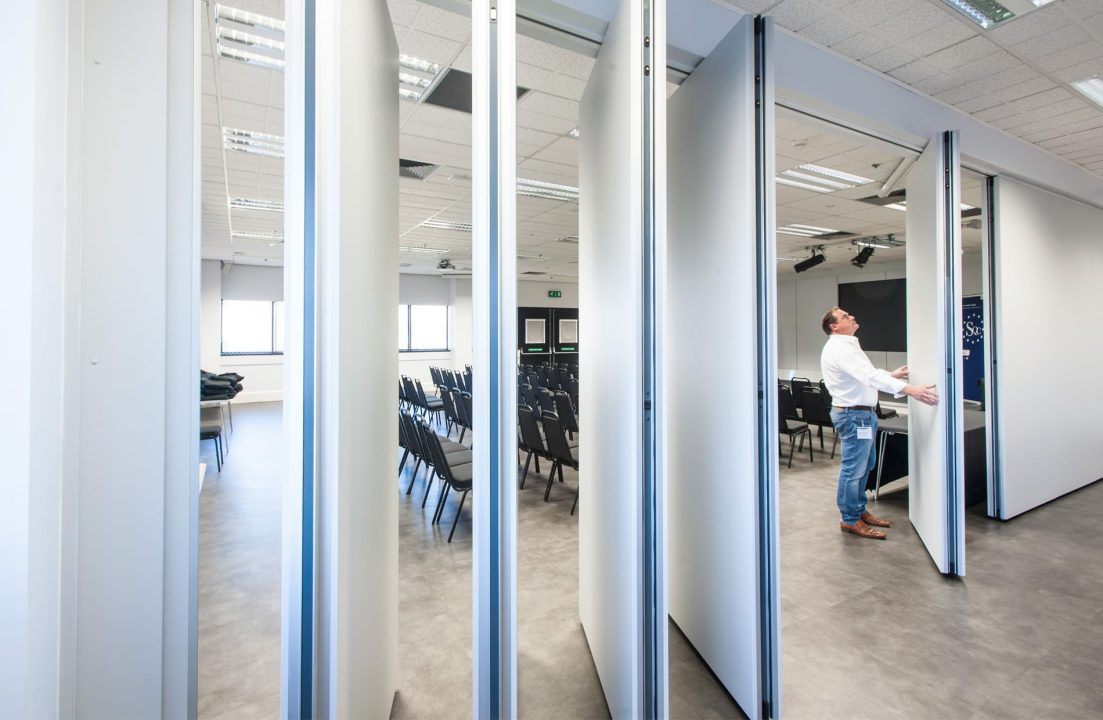 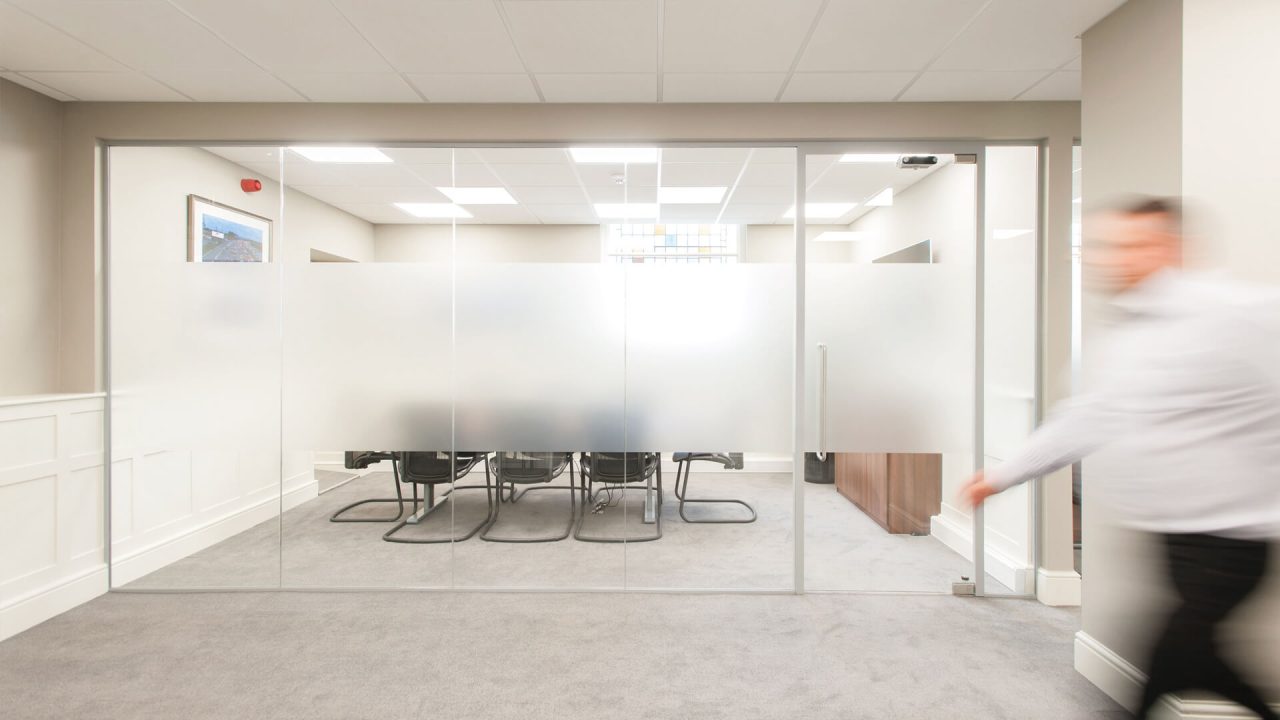 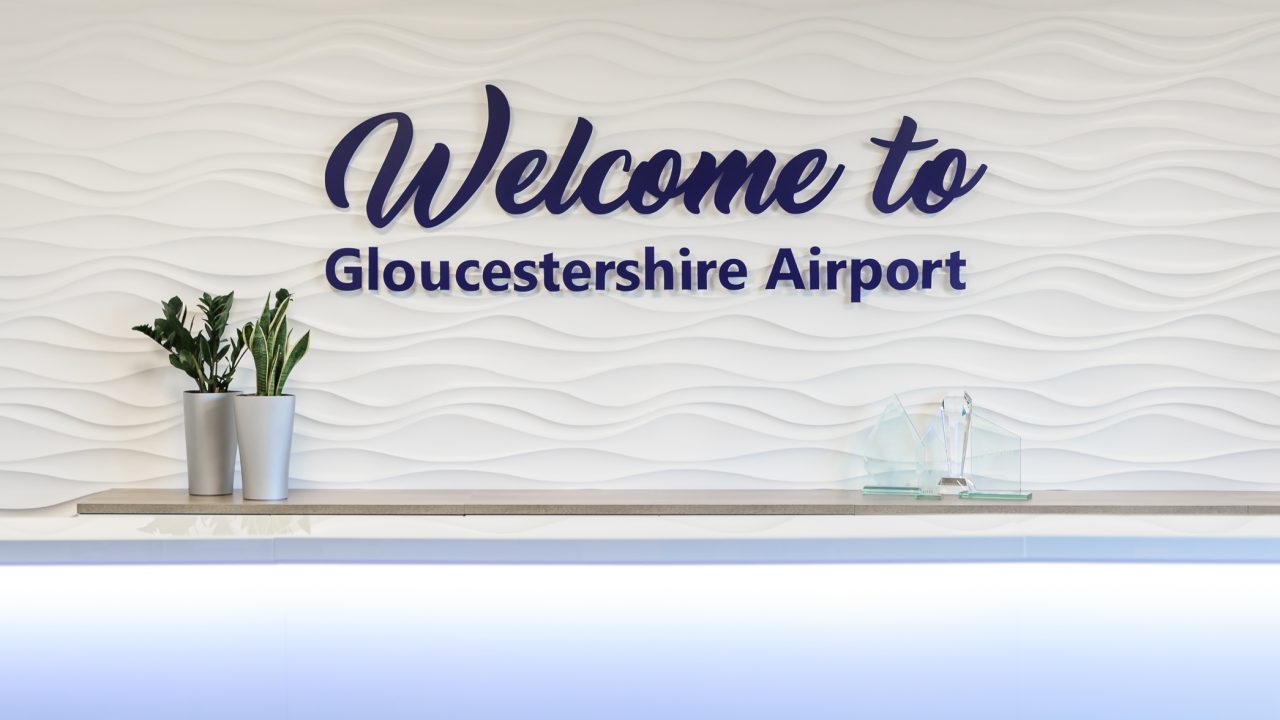 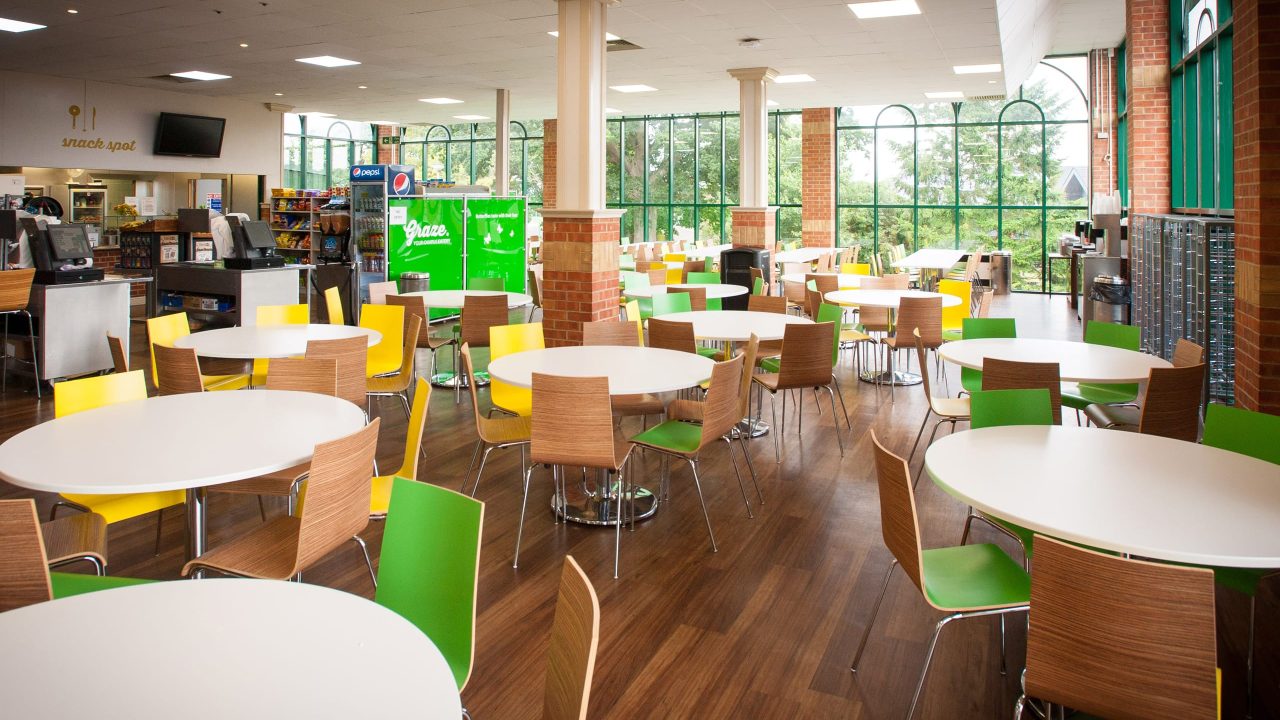