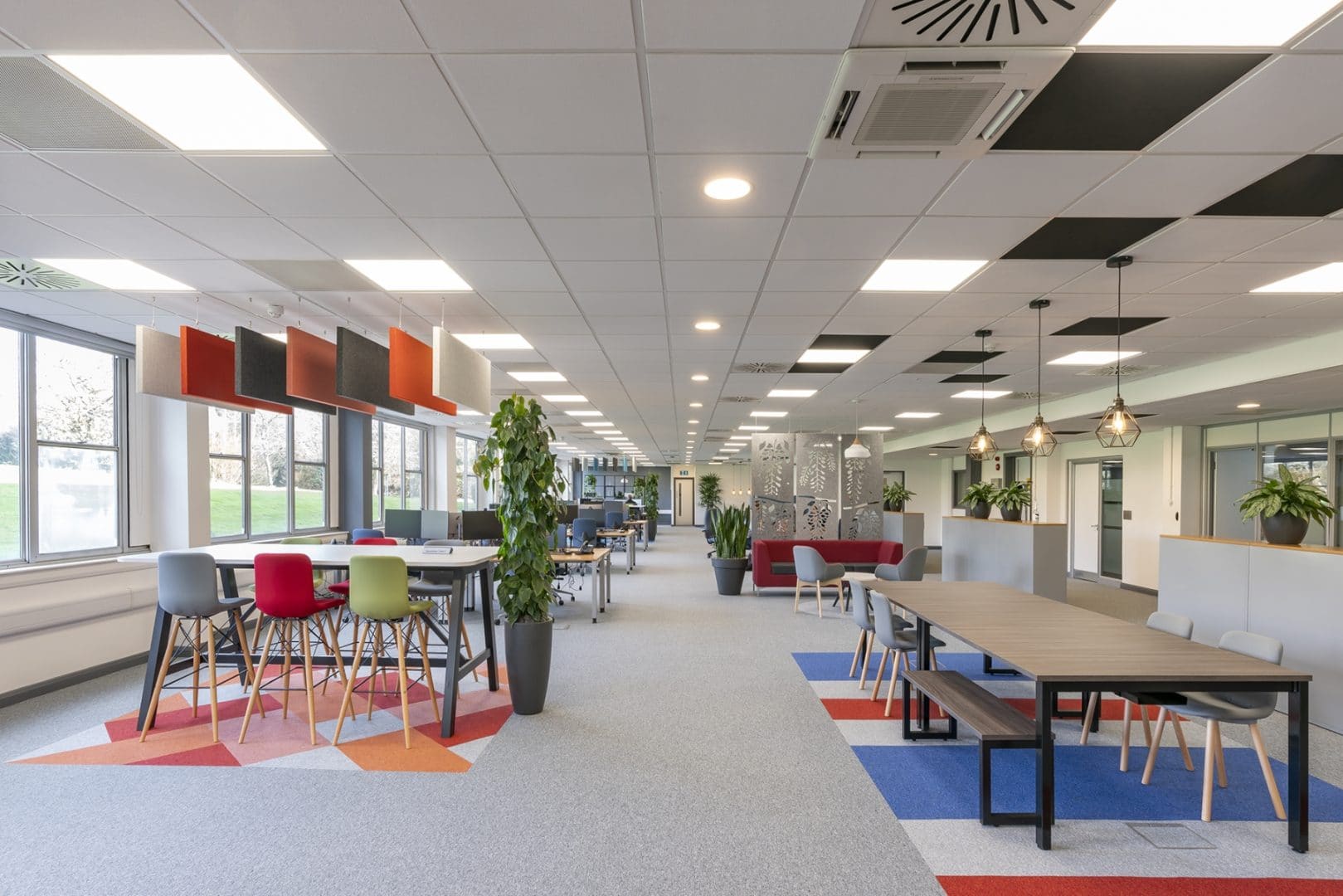 MAN Truck & Bus, one of Europe’s leading commercial vehicle manufacturers, were looking to upgrade and modernise their ground floor office and canteen space. MAN approached Cobus to begin the process of designing a collaborative space, introducing new ways of working, to encourage staff back into the office as restrictions were lifted.

In June, we began the process of refreshing their canteen space. The brief was to create an inviting hub, creating a destination space where people could come together to relax and work at all times of the day. In the centre of the space a Micromarket concept was introduced with a Starbucks coffee station. To create a café feel, large chesterfield sofas were specified alongside single armchairs which lined the walls with small coffee tables to compliment the style.

MAN wanted the space to be utilised not only during lunch times but throughout the day as an area for informal meetings and touchdown workspace, introducing agile working. Large poseur tables and bench seating were incorporated into the design providing alternative working areas for the employees.

With the canteen space completed and very well received, Cobus began the process to create an agile, collaborative office focusing on creating areas that sparked creativity and productivity through meeting spaces and breakout areas. In the existing office, traditional-style individual offices lined the window-side of the office blocking most of the natural light. With a key part of the brief to improve staff wellbeing, the meeting rooms were removed opening up the office, transforming the space with the dramatic increase of natural light. Furthermore, another key element to include in the design was biophilia, to bring the outside in adding another dimension to the office space, further improving staff wellbeing.

With pockets of touchdown and quiet areas distributed throughout the office, the carpet design reflected these, utilising the brand colours to brighten up the office. 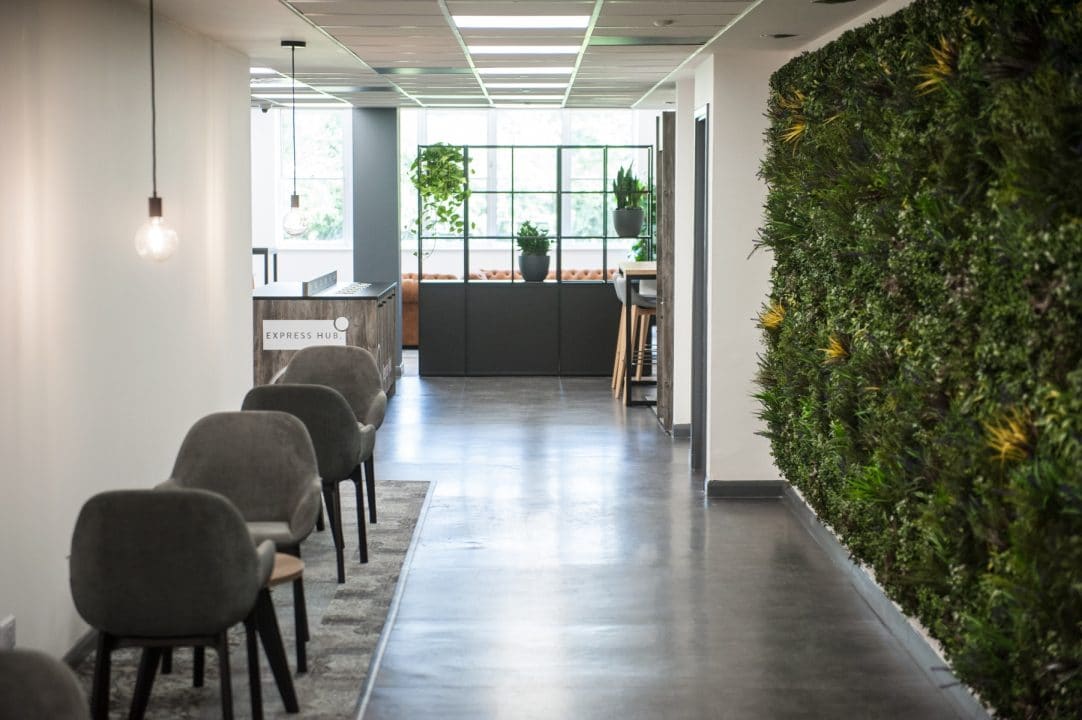 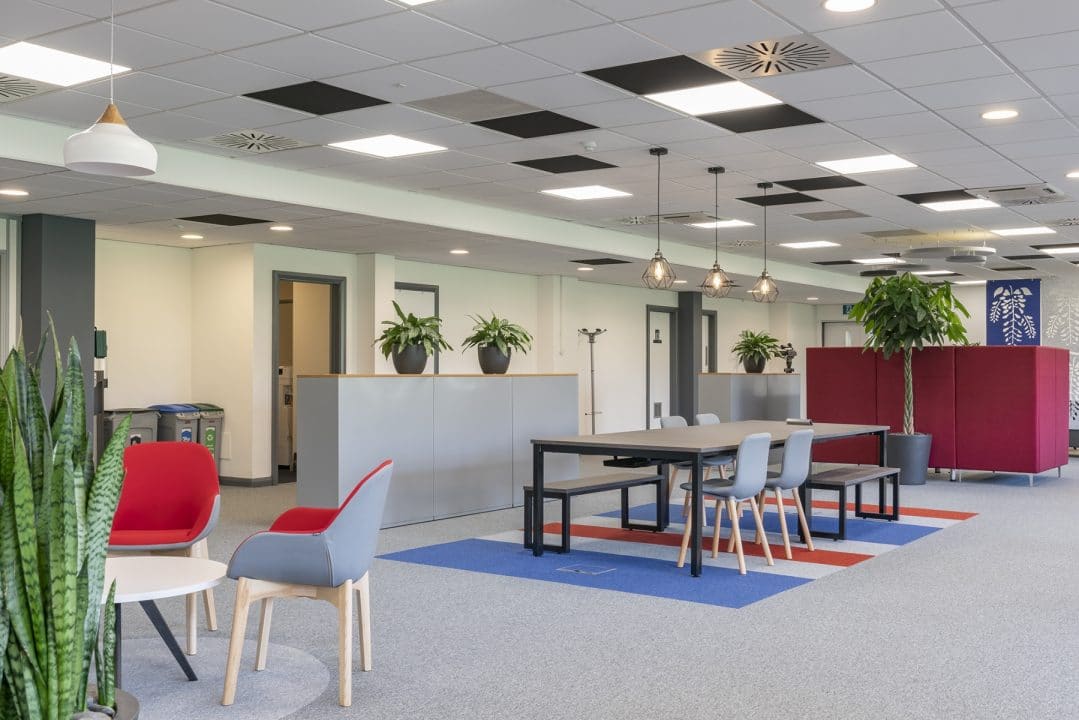 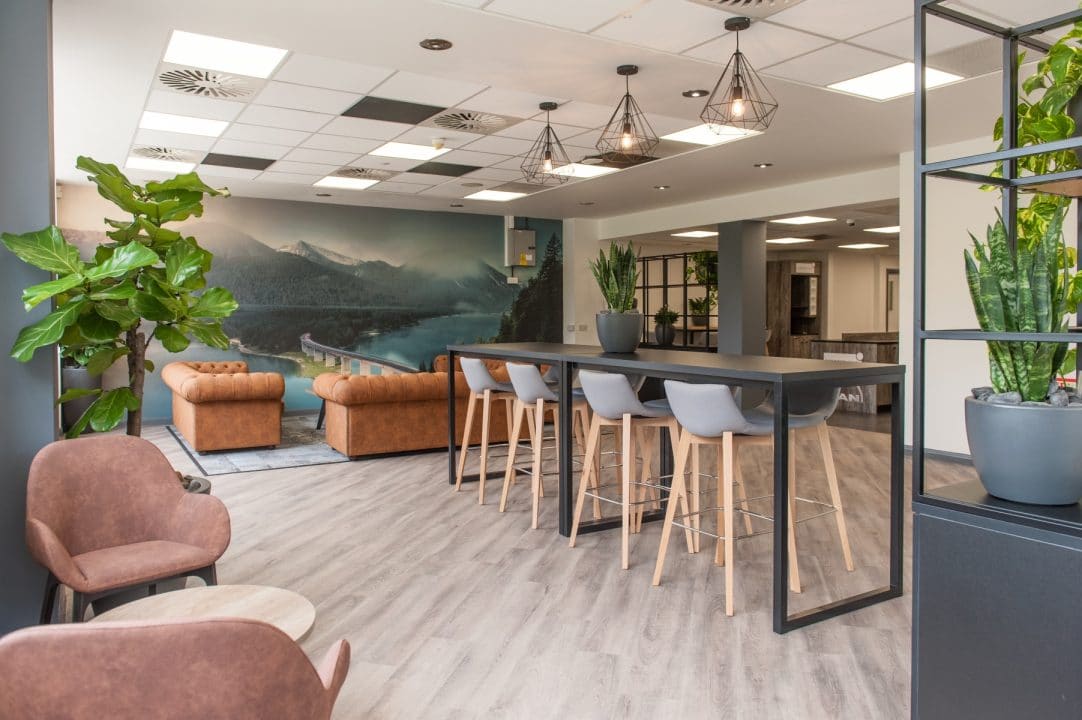 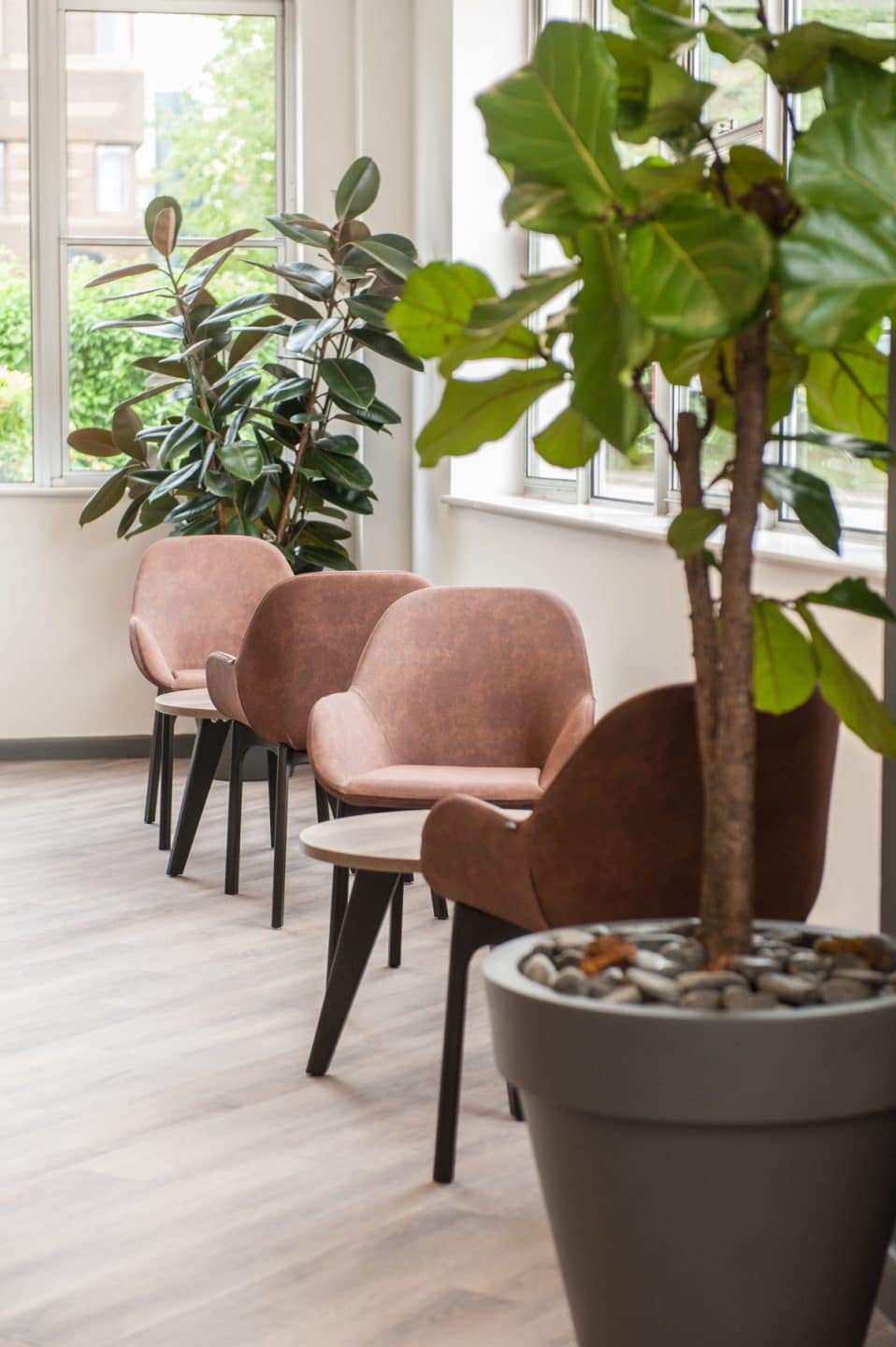 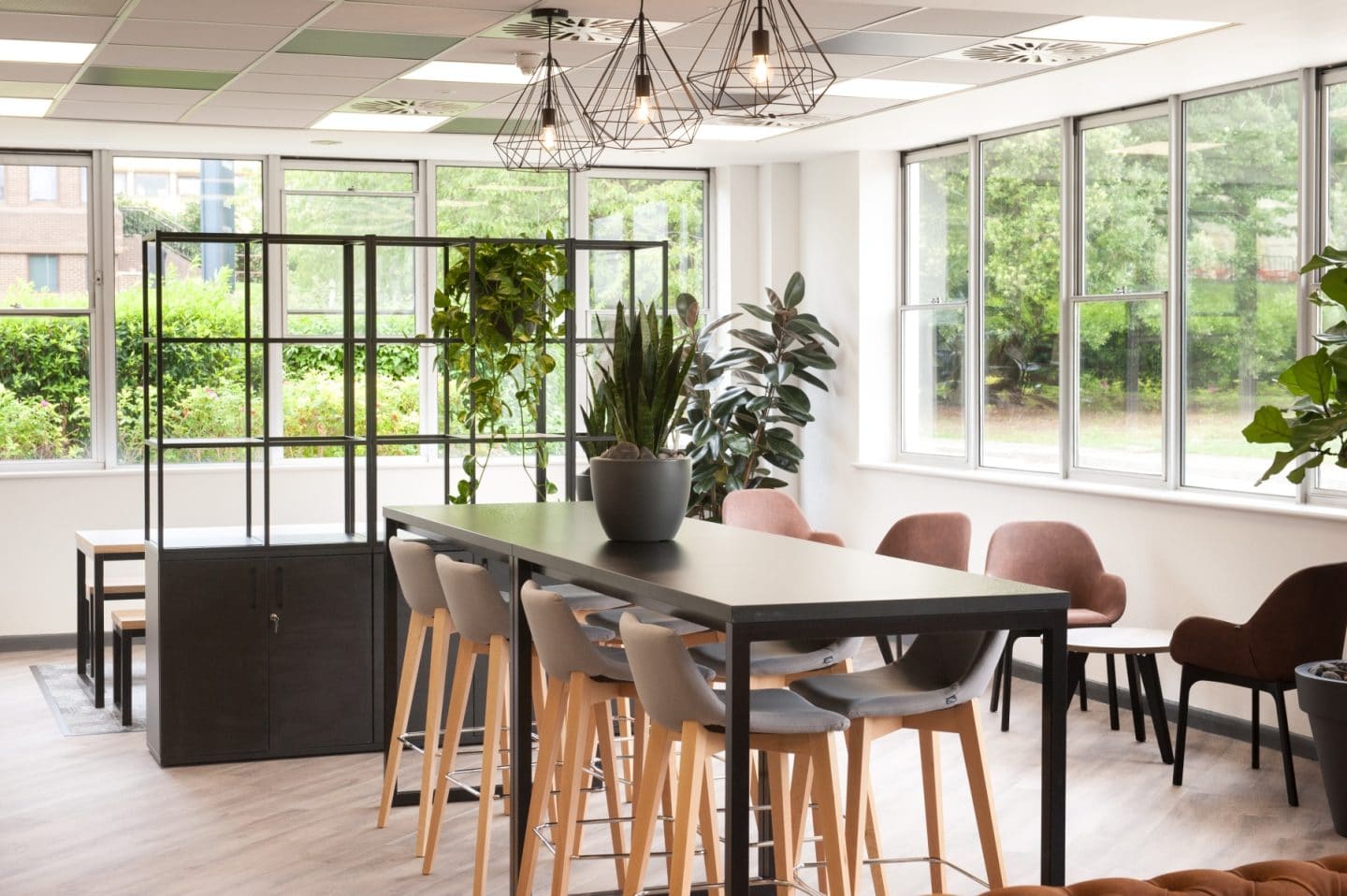 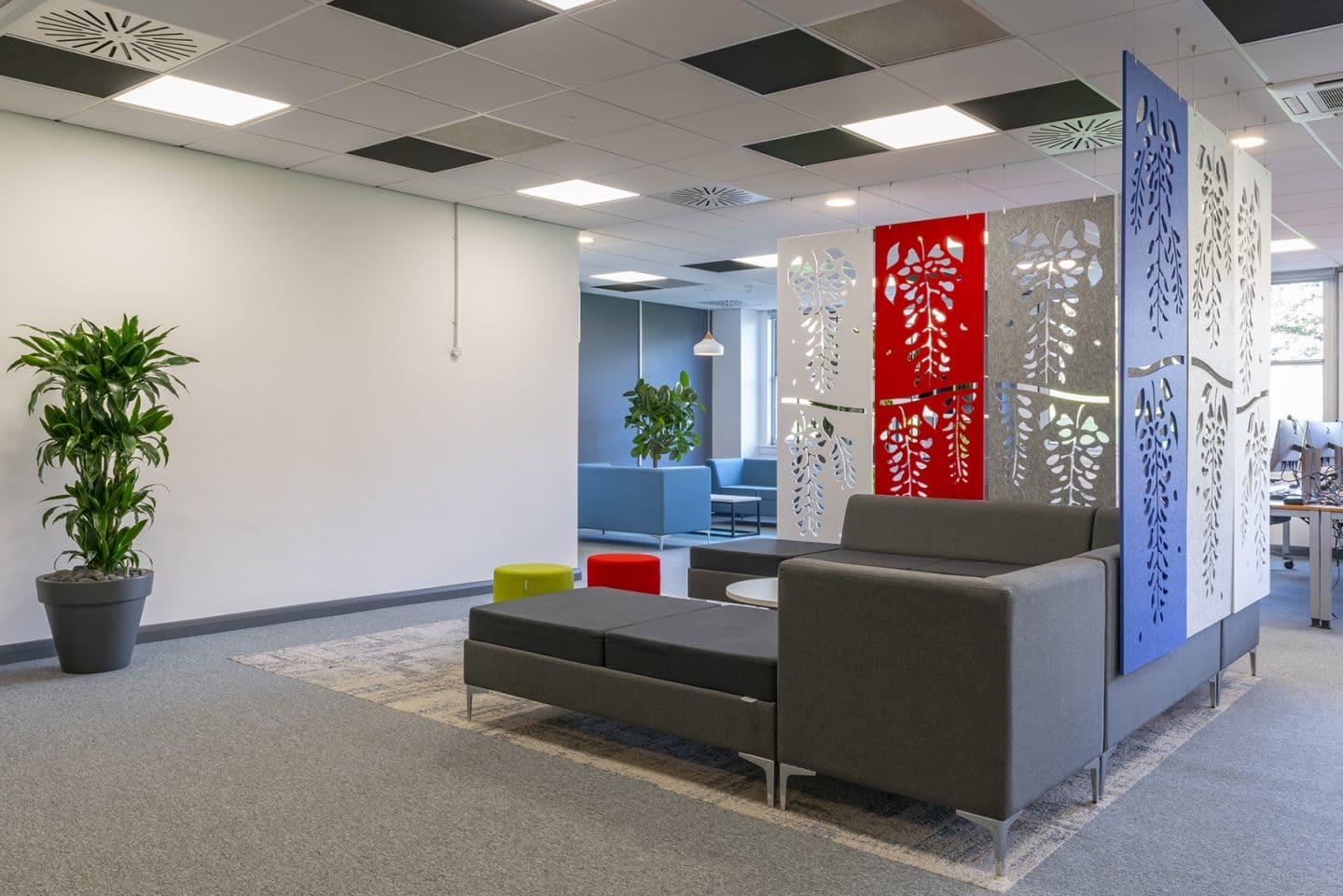 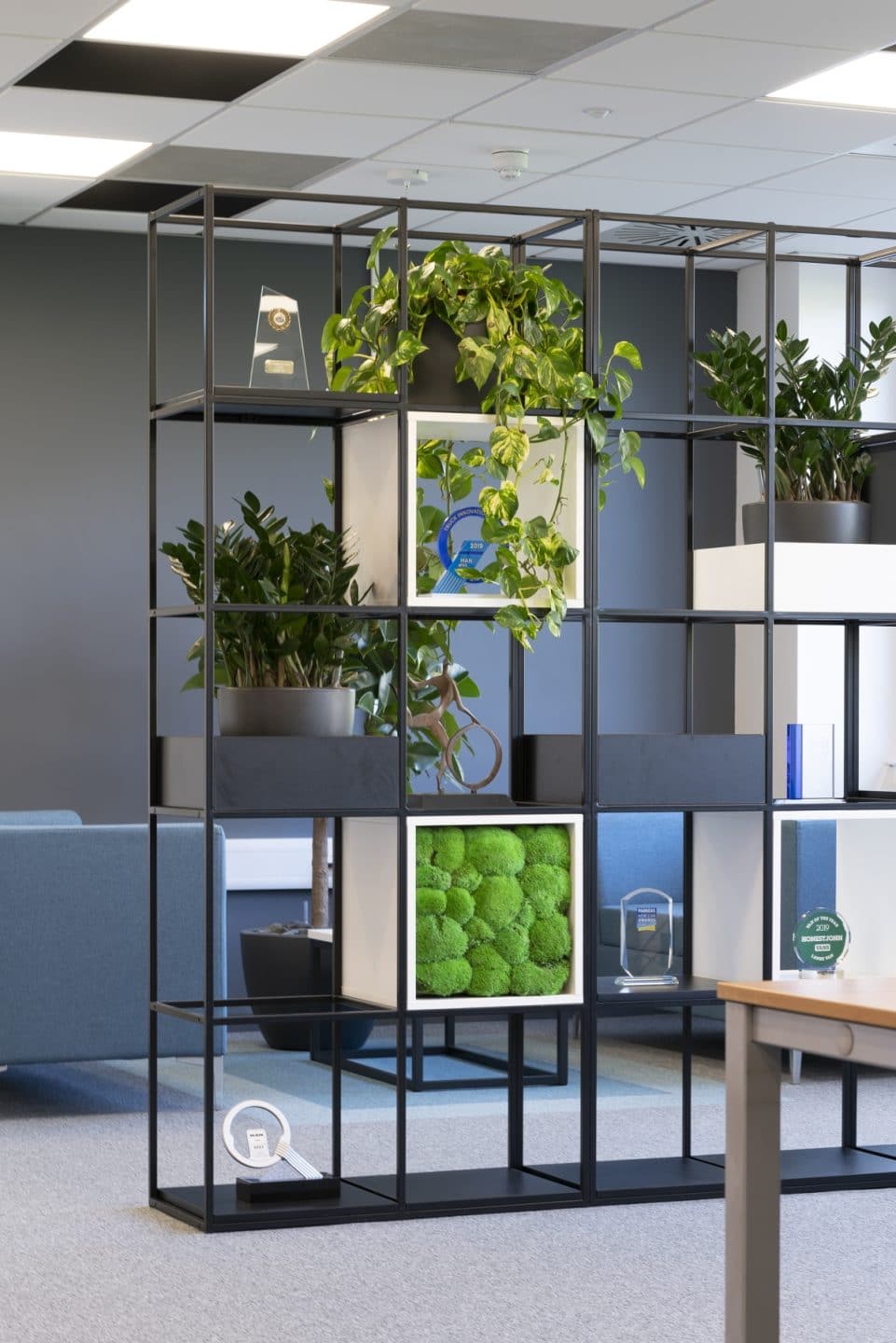 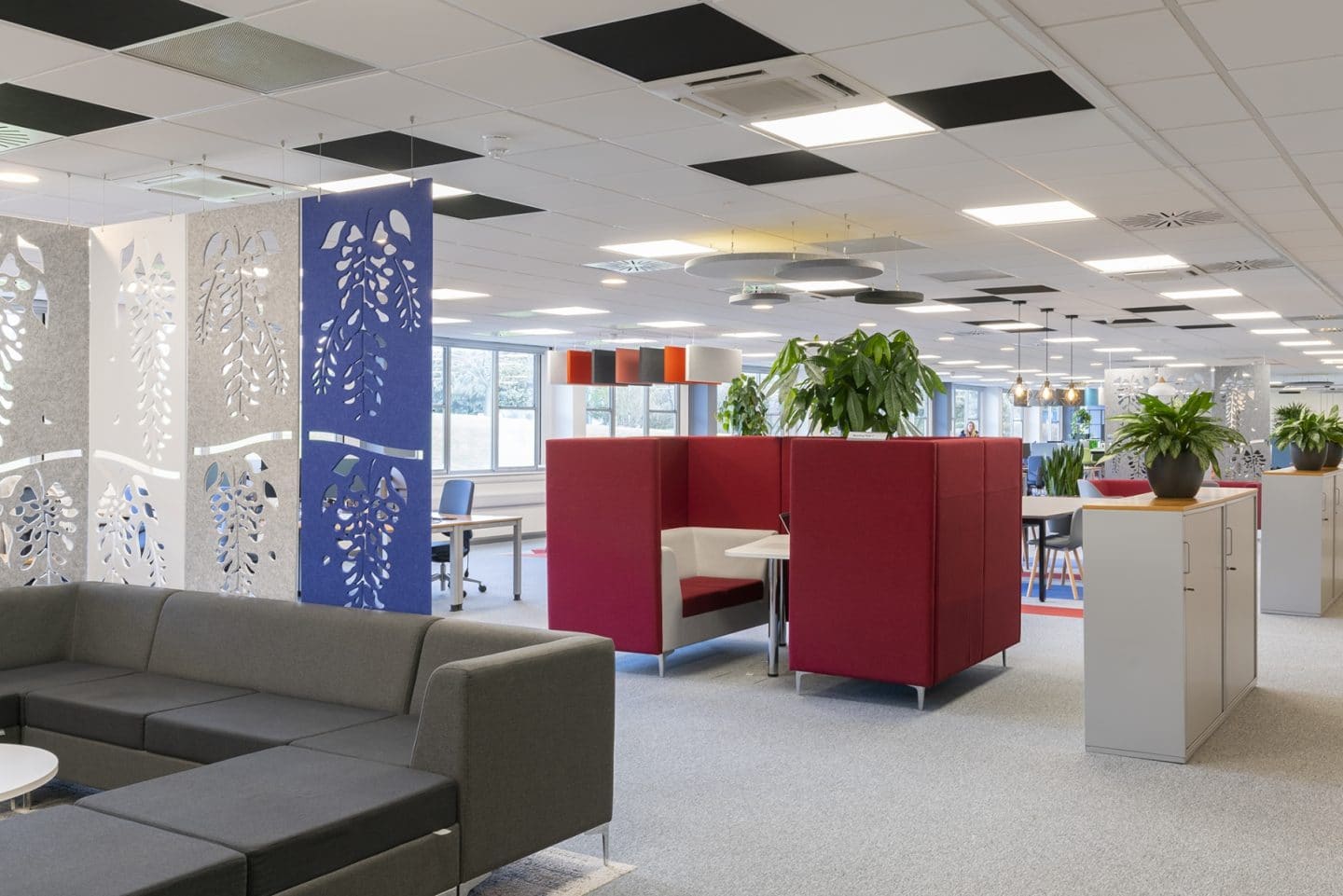 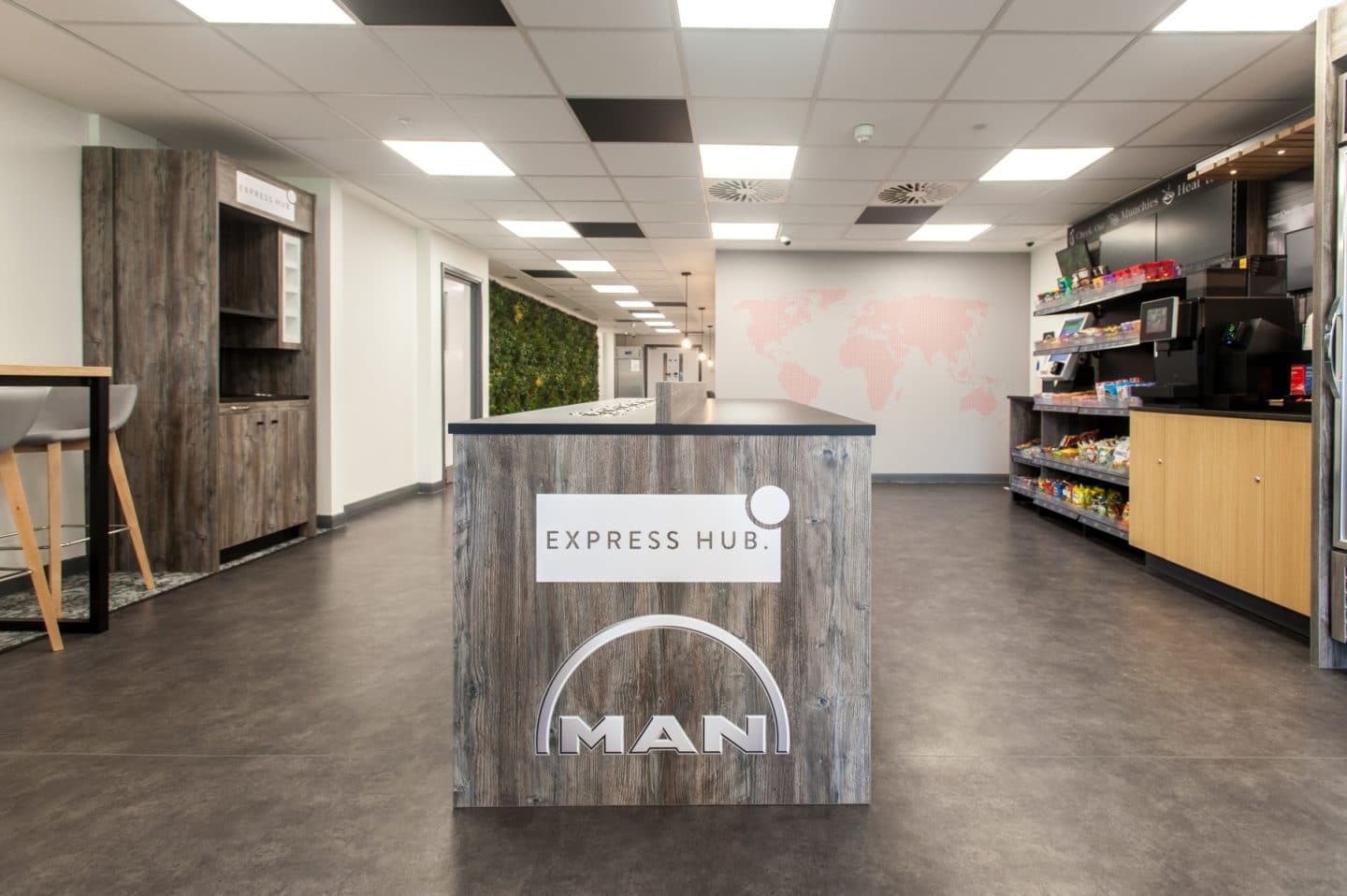 Is your space lacking inspriation?

Were ready and waiting to help...

Get in touch
Previous space
Next space 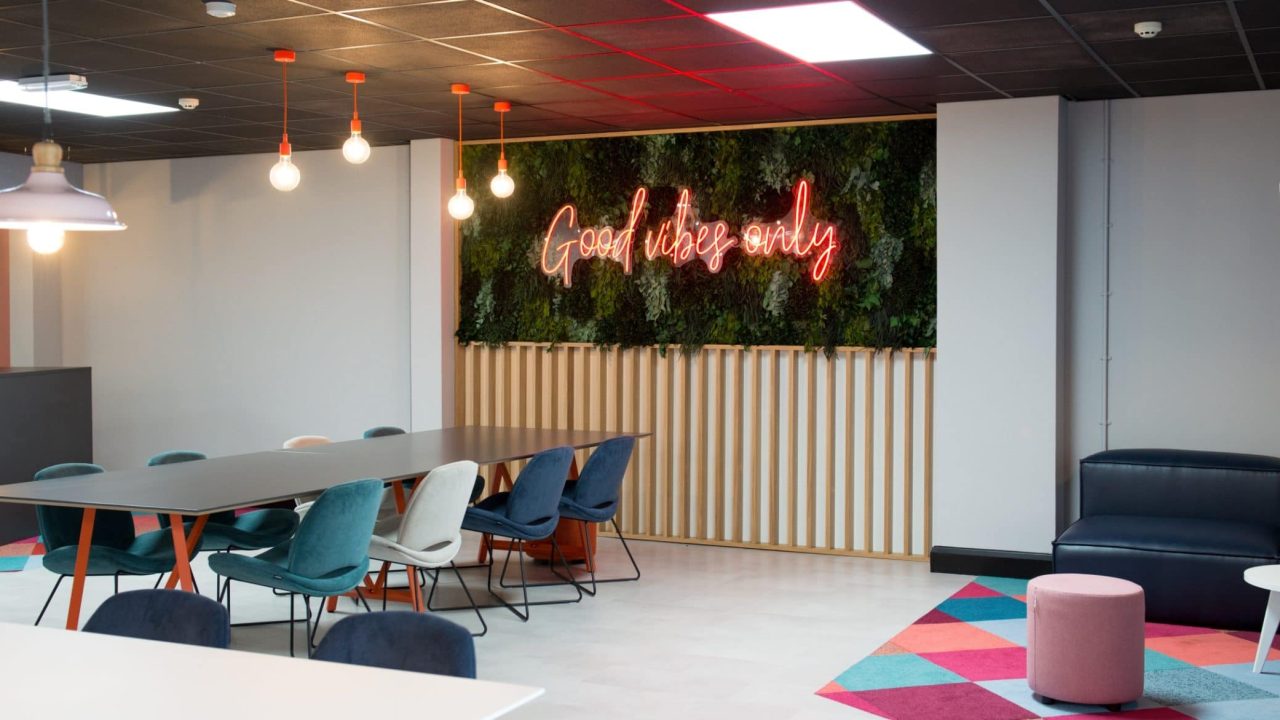 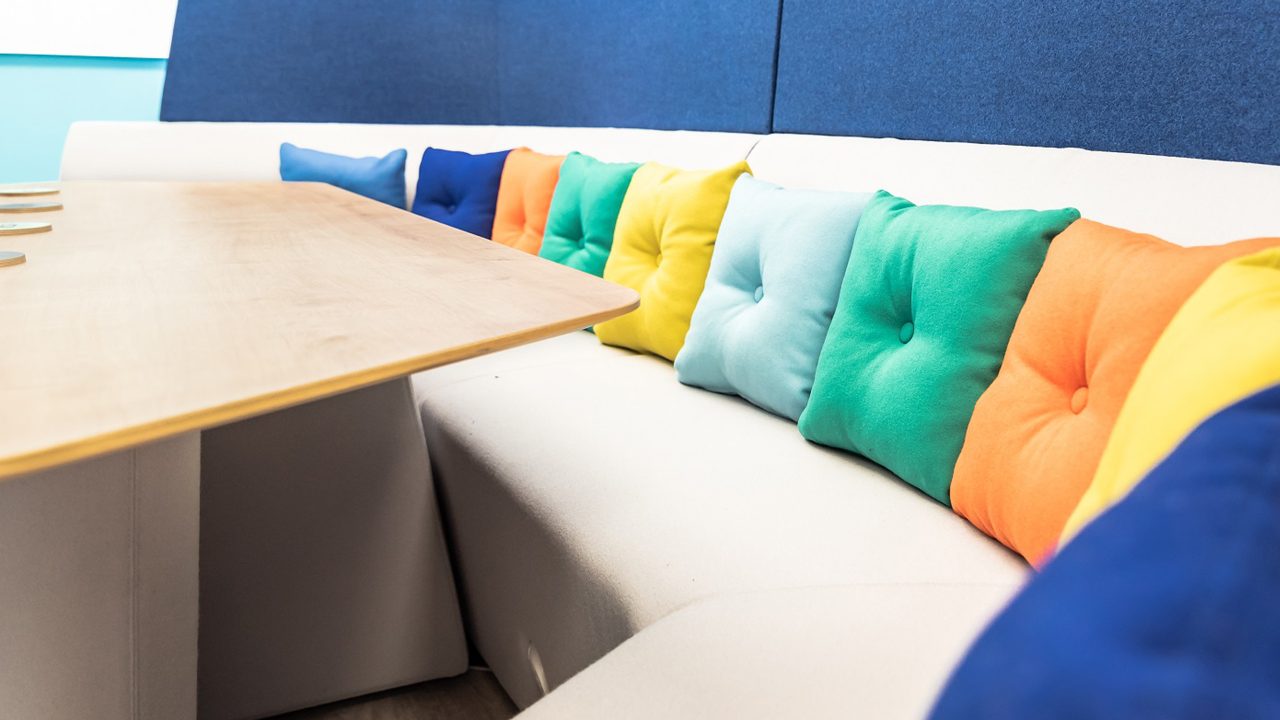 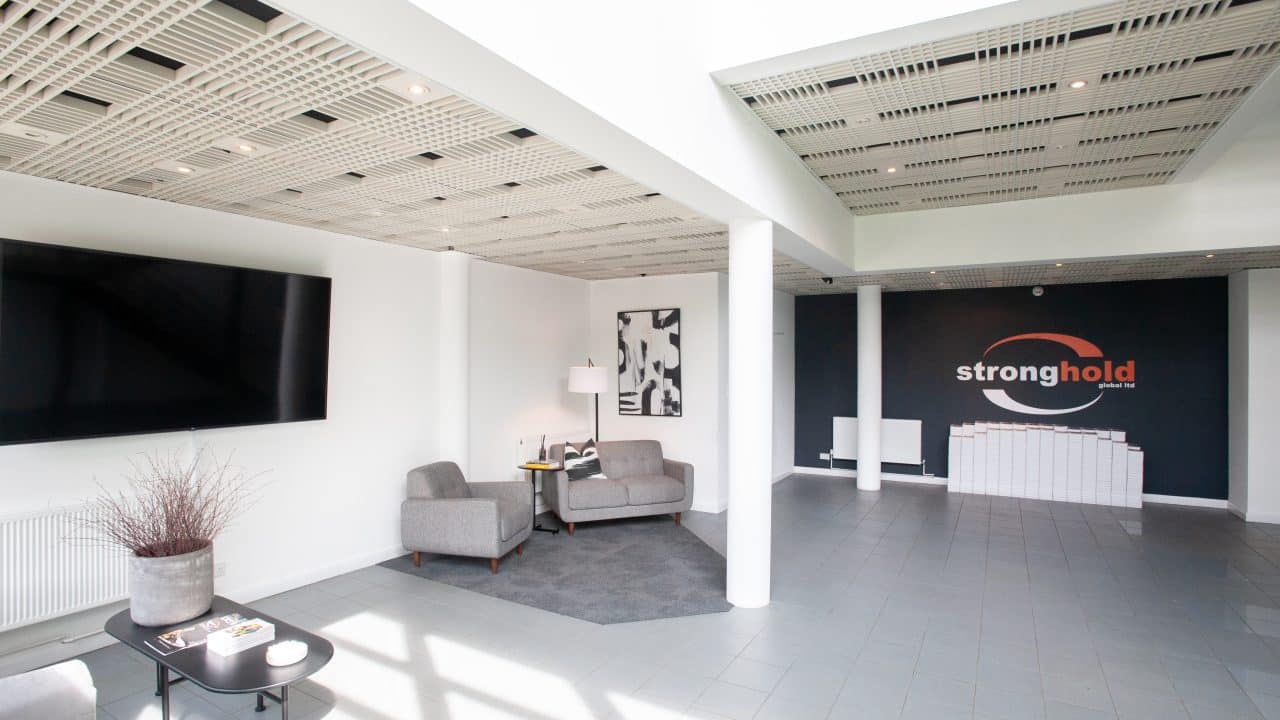 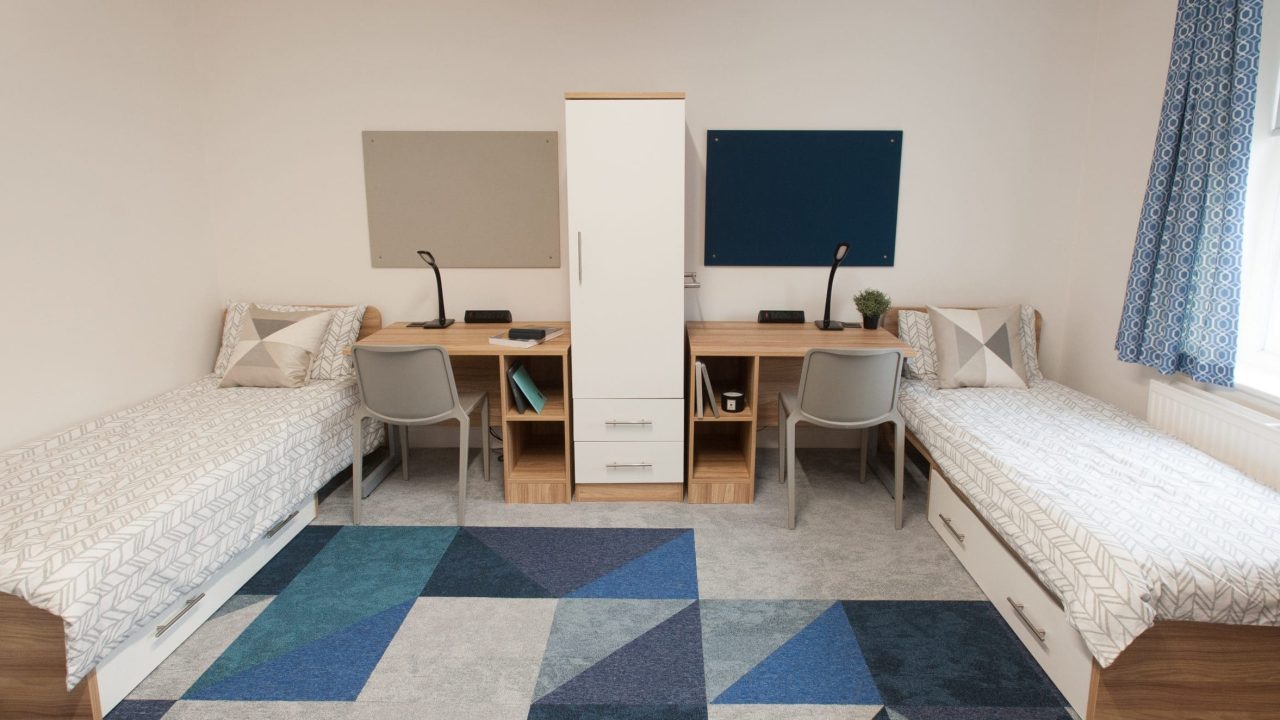